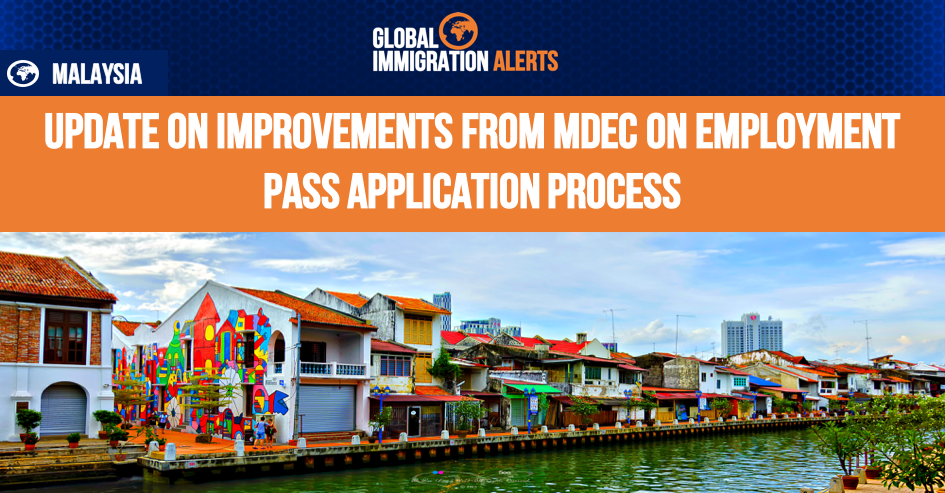 MDEC will remain as the main focal point for all application matters and will liaise directly with the Immigration Department of Malaysia (IDM) on the endorsement of passes.

The new, improved process will include approval from MDEC and IDM within a service level agreement (SLA) of seven working days from date of submission. Endorsement of passes by IDM is expected to be completed within an SLA of two working days from date of submission.  Above processing timelines apply to new and renewal applications. Applications involving transition of employers are expected to take longer due to additional requirements.  Timelines are subject to submission of complete information/documents to support application processing. For returned cases, the above SLA will apply once complete information is provided to MDEC.

MDEC is expecting to roll out an enhanced version of their ‘’’eXpat’’’ online portal which will cater to both MSC and ICT status companies. The new portal will be available for use on November 15, 2017.

MDEC will transition from the current version of the eXpat portal to the enhanced version on November 15, 2017. MDEC has established the following cut-off dates allowing companies to plan and complete processing of ongoing cases using the current system. Failure to comply with these cut-off dates will lead to automatic annulment of ongoing cases, thus forcing companies to resubmit fresh applications through the new system thereafter.

Companies may wish to use the new eXpats system from January 1, 2018 onwards, based on the revised guidelines stated above.

MDEC will perform system enhancement and data migration works from the old to the new eXpats system from November 10, 2017 (after 12.00 midnight) until November 15, 2017. The eXpat system (current and new) will not be available for company use during this time.