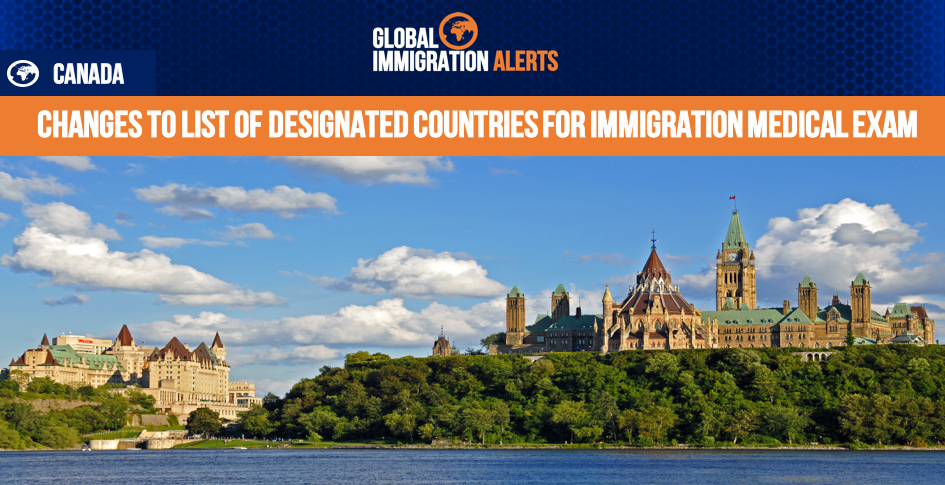 Effective November 23, 2017, Immigration, Refugees and Citizenship Canada (IRCC) has updated the list of “designated countries” whose residents require an immigration medical examination (IME) to apply for a temporary or permanent residence visa.

The following countries, previously not designated, are now designated (i.e. they now require an IME): Fiji, Singapore, Timor-Leste, and Tunisia.

The following countries, previously designated, are no longer designated (i.e. they now do not require an IME): Argentina, Bahrain, Belize, Colombia, Wallis and Futuna, Portugal, Seychelles, Surinam, and Venezuela.

The full list of designated countries can be found here.

Applicants who already submitted an application before this change will not be penalized if they followed the guidelines that existed at the time the application was received, but may be asked to undergo an IME.

Canadian law provides that foreign nationals (including international students and foreign workers) coming to Canada for six months or more, who have resided in ‘designated countries’ for six or more consecutive months in the last year, must undergo an Immigration Medical Exam.

Designated countries are those identified as having a higher risk of medical concerns. The government has indicated that the next review of the designated countries list will occur in 2021, and every three years thereafter.  In addition, people involved in certain fields such as health care, child care, or food preparation also need an IME even for stays of under six months.

Employers of temporary or permanent residence visa applicants who have resided in a designated country for six or more consecutive months in the last year should ensure the applicant undergoes the immigration medical exam and should allow several weeks for this procedure.